THE WIND premiered at the 2018 Toronto International Film Festival (TIFF) in its Midnight Madness screening series. Described as a horror, western film set in the 1800s, it tells the story of a young woman’s downward spiral into madness as she starts believing in supernatural forces surrounding her.

Screenwriter Teresa Sutherland says that the story was based on stories she heard from older women around her as she grew up in Missouri.      They talked about the old days when women would lose their minds living in the plains, and alone at times. The result is the film Sutherland wrote while spending ten years researching and rewriting.

A frontier woman descends into madness, living on the plains, in THE WIND, a western horror film.

THE WIND explores an unseen evil as it haunts the homestead in this chilling, folkloric tale of madness, paranoia, and otherworldly terror. Lizzy (Caitlin Gerard) is a tough, resourceful frontierswoman settling a remote stretch of land on the 19th-century American frontier. Isolated from civilization in a desolate wilderness where the wind never stops howling, she begins to sense a sinister presence that seems to be borne of the land itself, an overwhelming dread that her husband (Ashley Zukerman) dismisses as superstition. When a newlywed couple arrives on a nearby homestead, their presence amplifies Lizzy’s fears, setting into motion a shocking chain of events. Masterfully blending haunting visuals with pulse-pounding sound design, director Emma Tammi evokes a godforsaken world in which the forces of nature come alive with quivering menace.

Director Emma Tammi says that there was something very human and relatable about this genre film which is a period or western-horror. Tammi believes that the human story resonated with her lead actress, the rest of the cast and all the way to people behind the camera working in different departments of the production. The filmmaker added that by being named after a sound (the wind), there was pressure on the sound department to deliver this element of the film as they shot in the windy New Mexico. The idea was not just to implement the surrounding wind and natural sounds but to create new sounds that give the film its supernatural aura and help suggest the demonic atmosphere of the film’s story and the feelings of its lead character.

Watching THE WIND film trailer supports the claims made by the filmmaker and the screenwriter. So far, in addition to the opinions of film critics, the film has the makings of an impressive debut.

The carefully pieced together trailer demonstrates the beautiful photography and. Fortunately, the lengthy trailer manages to keep the suspense going without giving away big plot points, a great practice, forgotten in today’s big commercial film trailers.

Critics believe that the fans of THE WITCH (2015 period-horror film) and THE BABADOOK (2014 horror from Australia) will respond to this film with the same level of excitement.

Watch the official trailer for THE WIND in this post. The film opens in theaters and On Demand on April 5, 2019. 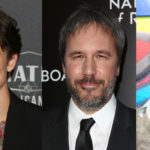 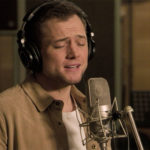