Previous Next
Tweet
Like every film festival, new films mean new faces.  And at TIFF 2019, these new faces shone brightly through quirky and dark films.
In no particular order, the rising, talked-about actors and actresses at TIFF 2019 are…

Holocaust drama, THE PAINTED BIRD, had audiences walking out of screenings. A grim and violent film, THE PAINTED BIRD stars 9-year-old Petr Kotlar, a Czech Roma actor, who is in almost every frame of this hard-to-watch 3-hour drama.

Aussie actor, Geraldine Viswanathan, made her TIFF premiere with the well-received BAD EDUCATION which also stars Hugh Jackman and Allison Janney.  Viswanathan previously was in the comedy, BLOCKERS.

Argentinian actor, Chino Darín is the son of the renowned actor Ricardo Darín. Father and son appeared together at TIFF in HEROIC LOSERS, a comedy about a group of townsfolk who carry out a plan of revenge against a bank.

Nahéma Ricci hails from Montreal and impressed TIFF goers with her performance in the critically acclaimed Québécois filmmaker Sophie Deraspe’s provocative and contemporary retelling of the classic Greek tragedy, ANTIGONE. 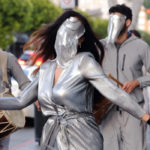 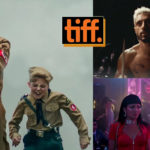