Movie-goers of a certain age may know Simon Rex from the SCARY MOVIES franchise where he played goofy characters and parodies of white rappers, poking fun at his own career goals when he perhaps looked enviously at Eminem with his own rapper name “Dirt Nasty.”

If you didn’t know Rex from SCARY MOVIE, you might have known him as an MTV VJ or male model for Hilfiger, Calvin Klein, Versace and Levis. With his ever-present abs and striking good looks, he was an early shirtless celebrity of the 1990s.

RED ROCKET is an unforgettable comedy-drama anchored by Rex’s charismatic performance. With Rex’s own career history, it’s difficult not to imagine the film as biographical (which he’s rejected in interviews). But Rex’s life experience brings Mikey to life with a legitimacy that few other actors could deliver, a scrappy man using his best assets, his sex appeal, to help him escape small town anonymity.  A must-see! 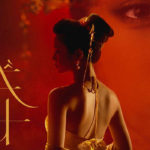 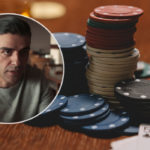