Heads up to all you Marlon Brando fans and lovers of American cinema! Just when you thought you had seen enough material on the late legendary actor comes this rare treat of a film with a very personal voice, Brando’s.

Yes, unbeknownst to the public, Marlon Brando created a vast archive of personal audio materials over the course of his lifetime.  Now – for the first time – those audio recordings come to life in Listen To Me Marlon (Showtime).  Charting his exceptional career as an actor and his extraordinary life away from the stage and screen, the film reveals the complexities and contradictions that were Marlon Brando by telling the story in his own words.

Written, edited and directed by Stevan Riley, the film takes a journey inside the mind of a perhaps the most famous actor of all time.  Like a hypnotist, using Brando’s own voice and tape recordings in which he attempts self-hypnosis, and we, the audience hear from the actor’s own mouth, his deepest thoughts, opinions and takes on various topics.

As Brando looks back at his legendary career, film clips are pulled together to accent the journey in time, from his electrifying looks, at his younger age, and standout performances, to a meteoric rise to superstardom. Then, a look at his mid-life comeback with films like The Godfather (1972) and Last Tango in Paris (1972) which exhibited the star’s ability to shift shapes, his looks,  and voice, and share more of himself on the big screen.

The film explores the reclusive phase of the actor as he becomes disillusioned by his profession, and the system in general, while having the intelligence to utilize or even exploit the fruits of the industry for his own agenda. Back when celebrities knew the value of their status and fame, they actually had the sense to utilize it, like a torch, to shed light on neglected issues, causes, and matters in need of serious attention and support.

One of the filmmaker’s greatest offerings is the introduction of a digitized 3D graph of Brando’s head. Captured by VFX master Scott Billups, in the 1980s, as Brando agreed to go in and have his entire head digitized using Cyberware, cutting edge software of the time. Director Stevan Riley became aware about the existence of these digital files by Brando Enterprises and tracked them down. And with the help of Billups and the Academy Award winning CG crew at Passion Pictures the animated images made it into the film, adding to the sense of revival and bringing a new vitality to the actor who passed more than 10 years ago.

The film, as a whole, re-establishes the genius and charm of Brando and it makes old new again. It is a hip, updated look at a timelessly hip, complex man, and an opportunity for the public to re-acquaint itself with a true American original. We highly recommend this gem of a film, predicting that you will enjoy it as much as we did here at Brave New Hollywood.

Listen To Me Marlon opens in New York on Wednesday, July 29th at the Film Forum and in Los Angeles on Friday, July 31st at The Landmark followed by a national rollout. Here is a look at the trailer. 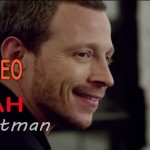 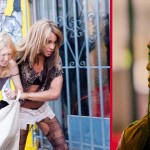