Here’s the official trailer to Producer Nancy Spielberg‘s buzzy new documentary film ABOVE AND BEYOND – directed by Roberta Grossman (Blessed is the Match and Hava Nagila: The Movie) – to hit theaters nationwide starting on January 30th. The film has received numerous awards at film festivals this year.

What is it about?

In 1948, just three years after the liberation of Nazi death camps, a group of Jewish American pilots answered a call for help. In secret and at great personal risk, they smuggled planes out of the U.S., trained behind the Iron Curtain in Czechoslovakia and flew for Israel in its War of Independence. As members of Machal – “volunteers from abroad” – this ragtag band of brothers not only turned the tide of the war; they also embarked on personal journeys of discovery and renewed Jewish pride.

ABOVE AND BEYOND is the first major feature-length documentary about the foreign airmen in the ’48 War, presenting new interviews with the pilots, as well as stunning aerial footage, to present a fascinating, little-known tale filled with heart, heroism and high-flying chutzpah. The film follows the pilots on their circuitous route from the United States – where they met and trained in secret and struggled to stay two steps ahead of the FBI – to Panama, Italy and Czechoslovakia, where they flew versions of the very Nazi planes they had tried to shoot down in World War II.

ABOVE AND BEYOND is a retelling of the ’48 Arab-Israeli War, examining the motivations of its foreign volunteers – both Jews and non-Jews.

Filmed in the U.S., Israel and the United Kingdom, ABOVE AND BEYOND is produced by Nancy Spielberg (Elusive Justice) and directed by Roberta Grossman (Blessed Is the Match), with cinematography by Harris Done (The Last Days), special effects by Industrial Light & Magic and an original score from Hans Zimmer’s Studio.

CLICK HERE for more info on the film’s release dates. 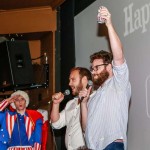 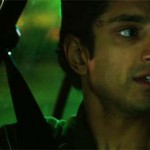