EX MACHINA is the direct descendant of BLADE RUNNER, the 1982 sci-fi cult classic.  Both films ask the questions:

In a not so subtle jab at Google and its data mining and profiling, Nathan boasts that he’s created an AI using the sum knowledge of everyone who’s used a search engine.  The algorithms, the patterns, everything.  The result is the beautiful AI, Ava (Alicia Vikander) who is either a sentient AI or the perfect simulation of a human.

And that’s what Nathan wants to know.  He’s flown in one of his employees, Caleb (Domhnall Gleeson), to test her.  He wants to apply a version of the Turing Test which is a test of a machine’s ability to be indistinguishable from a human.

But because we’re dealing with a megalomaniac of an entrepreneur, Nathan already botches the test with hidden agendas ripe with his own ego.  He grandly misquotes Caleb’s quotes, relishing that in creating an AI, he has become a god.

Like any good thought-provoking sci-fi, EX MACHINA asks a lot of “what if’s” questions and the consequences of playing God.  Gleeson plays the nerd-coder loner with bang-on cynicism.  He’s intelligent enough to figure out he’s being played, but he’s too nice of a person to know how big the game is.

Isaac (who, coincidentally, will be appearing with Gleeson in the upcoming STAR WARS movie), chews up the scenery as the CEO from hell doing a TED talk, overconfident and arrogant – no surprise to anyone who’s dealt with high tech entrepreneurs like Steve Jobs.

And Vikander is captivating as Ava, balancing innocence and sensuality. EX MACHINA spends its budget on Ava, making a robot with transparent limbs. Her calm performance is reminiscent of Sean Young’s replicant, Rachel, in BLADE RUNNER. When Ava asks Caleb “What will happen if I fail your test?” you know she’s aware she’s just someone’s property.

CLICK HERE to see the trailer for Ex Machina. 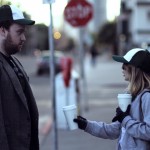 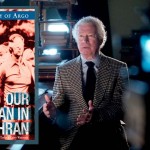