Reminiscent of the 1992 Alfonso Arau classic, LIKE WATER FOR CHOCOLATE, ABE is a wonderful family film about food as a metaphor for love and life.  In this case, the title character, Abe, is a sweet, optimistic 12-year old boy, the son of a Palestinian father and a Jewish mother living in present-day Brooklyn. Watch The trailer for the film below.

Abe is perfectly portrayed by Noah Schnapp (STRANGER THINGS) as a boy on the verge of manhood and torn between his dual and dueling identities.

Family dinners at Abe’s house always escalate with his parents, Palestinian grandparents and Jewish grandparents sparring about religion, politics, cultural appropriation and genocide.  Young Abe (even his name, Abraham or Ibrahim, represents his families’ cultural conflicts and crossroads), is fixated on becoming a chef and learning more about the food culture of his background and the broader Semitic countries.

Abe eventually meets a Brazilian chef, Chico (Seu Jorge), who teaches him about being a chef, the five tastes, a flavor board, and most importantly, fusion cuisine.  Abe himself is a fusion of two cultures, so the food serves as an easy illustration to the common cultures of the Middle East and more broadly of what unites people.  When Abe traces the origins of food recipes common to Jews and Palestinians, he decides he will make a grand gesture – a multi-cultural Thanksgiving dinner to show his divided family what unites.

Directed and partly written by Brazilian filmmaker Fernando Grostein Andrade, ABE has an innocence and refreshing naiveté.  All cultures break bread and use meals to improve relations, so are we surprised that its the Brazilian chef – Brazil, itself a New World land of fusion – is Abe’s mentor and Jedi to teach him to leave the Old World behind and to make something new of the combination?

ABE is a delightful joy to watch, with a color palette and quirkiness the Coen brothers would appreciate anchored by Noah Schnapp’s impossibly unjaded performance.  Andrade accomplishes a delicate balancing act, a film about culture and religion without taking sides, politics without politics, and a common love across all cultures.

Watch the official trailer for ABE, featuring Noah Schnapp and Seu Jorge, below. 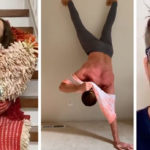 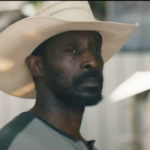