Many people see getting a tattoo as a symbolic act meant to define one’s identity and signify personal growth. However, for the main character in Israeli director Guy Nattiv’s latest feature Skin, the reverse is true. Jamie Bell stars as Bryon Widner, a real-life ex neo-nazi who underwent almost two years of intensely painful procedures to remove the facial tattoos that once defined who he was; or rather, who he was raised to be.

Skin traces Widner’s path to redemption, from his days as an impressionable teen skinhead growing up under the tutelage of his white supremacist parents (Bill Camp and Vera Farmiga), to his relationship with Julie (Danielle Macdonald), a single mother of three whose love forces him to question his deeply-ingrained racist beliefs. The film uses gruesome, stylized cutaways to depictions of Bryon’s tattoo-removal surgeries to underscore the message that the road to atonement is often a painful one.

Starring Jamie Bell & Vera Farmiga, SKIN might be an Oscar contender based on the overwhelmingly positive reactions by film critics and the audience.

In an interview following the film’s premiere at TIFF, Nattiv stated that part of what drew him to the story was the questions it raised about forgiveness and healing. He remarked that “Bryon is not a clean-cut character, he’s damaged,” and that Nativ “[wants] us to see if we can find any forgiveness in our [hearts], especially now,” referring to the current social climate in the United States since the election of president Donald Trump.

Jamie Bell, who rose to prominence in the title role of the 2000 smash hit Billy Elliot, was also highly aware of the “Trump effect”, especially during production. In an interview with Variety, Bell claimed, “it’s kind of like the easiest time to play a fascist neo-Nazi, because you literally don’t have to look much further than the front page.” The physical process of getting into character, however, was less easy; applying the tattoos reportedly took almost two hours in the makeup chair each day.

Response to Skin has been overwhelmingly positive from both audiences and critics alike. The film was awarded the Prize for Special Presentations by the International Federation of Film Critics (FIPRESCI), who called it “raw yet intelligently paced, with stunning performances”. Although Skin has not yet received a North American release date it has already begun garnering Oscar buzz, so an announcement cannot be far off. Keep an eye out for Skin in a theatre near you this holiday season. 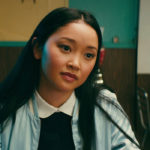 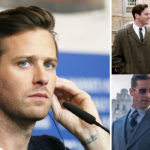