What Would Make a Fresh Poker Film?

Even if you don’t personally play poker, chances are you’ve seen one of the many films based on the game. Over the years we’ve seen huge Hollywood blockbusters and indie passion projects, all based on poker. Indeed, there’s typically about one major film a year focused on the game, with current examples including 2021’s THE CARD COUNTER and the upcoming POKER FACE starring Russell Crowe.

While the quality of these has definitely varied over the years, many of them seem to follow roughly the same structure, and include the same ingredients. There’s usually a troubled protagonist, a financial and/or villain-related obstacle to overcome, and a dream either of winning big, “getting out,” or both. There are ups and downs, quick cuts making poker seem faster and more dramatic than it actually is, and explorations of backroom and major casino settings alike. There’s also almost always a primary focus on Texas Hold’em, despite poker having many varieties.

Indeed, with the exception of the occasional project like the true story of MOLLY’S GAME a few years ago, most of these movies fall into the same general blur over time. But this actually poses an interesting question, which is what, if anything, writers can do to make a fresh poker film?

Just for fun, we have a few suggestions….

As we alluded to above, if you only ever watched poker films, you’d assume the only game is Texas Hold ‘Em. In reality however, there are lots of types of poker that people still learn how to play today. Omaha is similar to Hold’em with a few added wrinkles; Five-Card Draw is perhaps the simplest mainstream style for newcomers to understand; and there are other varieties as well. Now, the type of poker played in a film doesn’t always make a huge difference to the plot. But the good films explain the game and use it to make gripping, engaging scenes, and it might be refreshing to see this process play out with something other than Hold’em.

Another common element among poker films is that virtually all of them revolve around white, male protagonists (with the exception of MOLLY’S GAME). Now, are most pro poker players white males? Seemingly, yes. But this is still a bizarre and unfortunate tendency –– particularly when you consider that one of the wealthiest and best poker players in the world, and arguably the one most recognized by fans, is in fact a Black man. Phil Ivey is sometimes hailed as the Tiger Woods of poker, the implication being that he brought attention to the fact that non-white people play the game too (the way Woods did for golf). If you were to go only by Hollywood interpretations though, you’d just about think poker is exclusive to white players. Clearly this is problematic, and it would be refreshing to see a new film change up the tired approach.

Change Up the Location

There’s no arguing with the fact that Las Vegas is a great location for shooting poker films, but it has been so overdone that it has lost some of its flair. Even in a film like ROUNDERS, which doesn’t take place in Vegas, Sin City looms large over the characters as a sort of Holy Grail destination for poker greatness. Meanwhile, there are some truly unique casino spots around the world that could really change up the look and feel of a poker film. Desert Cave Hotel in Australia is the world’s only underground international hotel that also features a casino, for instance; Malaysian Resorts World Genting is situated in the Malaysian Pahang mountains, a visual spectacle that would really breathe new life into the genre. Simply put, it would be nice to see a little more ambition and creativity with regard to locations.

Online poker has grown exponentially over the past few decades (and even more so during the pandemic). For poker films to stay in line with the real-world equivalent, it’s time for the genre to embrace the online world in some kind of gripping or interesting way. The 2013 film RUNNER RUNNER made some attempt in this regard, with Ben Affleck playing an online gambling tycoon –– but unfortunately, it was (rightly) panned by critics. Nevertheless, at least incorporating online poker into a modern-day poker movie would seem to be a worthwhile endeavor.

Standard poker films always seem to find audiences, so it’s uniquely that this mini-genre is actually in trouble. But it could stand to be freshened up, and we think the ideas above would do it. 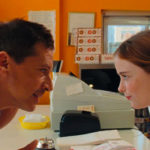