In the new documentary Jim & Andy: The Great Beyond, veteran funnyman Jim Carrey reflects back on one of the most fascinating periods of his long and storied career: the brief window in the late 90s when, at the height of his fame, he stopped being Jim Carrey altogether.

Although ostensibly a behind-the-scenes look at the making of Man on the Moon, Milos Forman’s 1999 Andy Kaufman biopic starring Carrey as the avant-garde comedy legend, Jim & Andy is actually a compelling, surprisingly emotional snapshot of an actor immersing himself in a role and, in the process, gaining new perspective on his own life and career.

Directed by Chris Smith (American Movie), the film is compiled mainly from 20 hours of footage shot for the Man on the Moon electronic press kit that, according to Carrey, had been sitting untouched in his office for almost two decades. The story goes that Universal Pictures, who Carrey was under contract to at the time, did not want any of the EPK footage released because they were afraid it would make their biggest star look, in the words of one executive, like “an asshole.”

In the only present-day interview featured in the film, a bearded Carrey sincerely explains that, after getting the part, Andy Kaufman came to him in a vision and told him, “Sit down, I’ll be doing my movie.” And so that is exactly what Carrey did. For the entirety of the shoot, often to the chagrin of the cast and crew, Carrey’s body served as a vessel for the spirits of both Andy Kaufman and Kaufman’s abrasive, lounge-singer alter ego Tony Clifton.

Carrey’s commitment to not breaking character is impressive, and at times even a bit treacherous; as Andy, he insults Kaufman’s former wrestling nemesis Jerry Lawler to the point of physical endangerment. As Tony, he insults, well, everyone, and even crashes a bright red convertible into the side of a building on the Universal lot.

However, where Carrey’s method acting really shines is when, in character, he interacts with the people who knew and loved the real Andy Kaufman. We see Jim-as-Andy having heartfelt encounters with Kaufman’s brother and father, and present-day Carrey relates a poignant off camera meeting with Kaufman’s daughter, who never got the chance to meet her father while he was alive.

Kaufman’s girlfriend Lynne Margulies and his writing partner Bob Zmuda (the only other person to play Tony Clifton) are also on hand, and the fact that they take so much delight in Carrey’s off-screen antics lends a great deal of authenticity Carrey’s performance. Zmuda even gets in on the fun, just like in the old days, when he appears at the Playboy Mansion in full Tony Clifton makeup and fools everyone, including Hugh Hefner, into thinking that he’s Jim Carrey.

Andy Kaufman has always been a controversial and enigmatic figure in the world of comedy; half the time his audiences couldn’t tell whether or not he was joking, which itself was usually a big part of the joke. Whether he was lip-synching along to cartoon theme songs, wrestling women, or having a nervous breakdown on David Letterman’s TV show, there was one thread that ran through all of Kaufman’s work: commitment. No matter how anyone else responds, commit to the joke.

So if commitment then is the essence of what made Andy Kaufman so special, Jim & Andy shows that, by all accounts, Jim Carrey nailed it.

Netflix acquired Jim & Andy: The Great Beyond documentary film, at TIFF 2017, for $3 million, reported by Deadline. 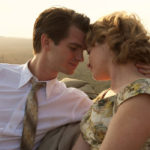 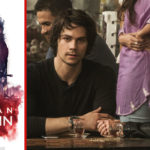