Back in March, when Frances McDormand won her Oscar for her role in “Three Billboards Outside Ebbing, Missouri,” she took the opportunity to talk about the need for diversity and inclusion in Hollywood. She finished her acceptance speech with: “I have two words to leave with you tonight, ladies and gentlemen: inclusion rider.”

It was both educational and triumphant. Stars who had no idea of the phrase may not have known that they had the clout to require an inclusion rider in their films.  So, what is an inclusion rider? It’s a stipulation that actors and actresses can ask (or demand) to have inserted into their contracts, which would require a certain level of diversity among a film’s cast and crew. What McDormand did was to challenge the stars to exercise some real change by using their clout to impact every production they worked on.

However, what is still negotiable is what that level of inclusion may be? 50%? 20%? 10%? It depends on what the star or production company can insist on. And while USC Annenberg has offered a template of an inclusion rider, there is obviously room for negotiation.

Nevertheless, insisting on an inclusion rider is at least making under-represented populations an issue in hiring cast and crew. NPR notes that:

But like any legalese, the percentages are up to interpretation. Would a film that has an all minority crew but an all-white cast satisfy its inclusion rider? Depends on how the rider is written.

So, from a casting point of view, what’s the state of some upcoming and highly anticipated projects?

Aside from hit movies like Black Panther and Crazy Rich Asians, it looks like Hollywood still has some work to do before there is equitable representation on both sides of the camera. But with the inclusion rider, there are signs of progress. Still, the Internet memes of Scarlett Johansson playing Mahatma Gandhi and other minorities deliciously sting after she was forced out of playing a trans man this year. My favorite? A meme suggesting Johansson play Rachel Dolezal. 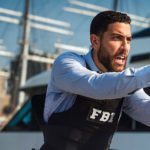 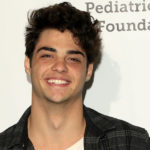