New York native and longtime BNH fave, Chad Michael Collins, is one of the hardest working actors in Hollywood.  Probably best known for his SNIPER (Sony Pictures) series, Collins has recently been upping his social media game, posting some very hot photos that are not only making for thirsty tweets from fans, but also signaling that Chad is like a boy scout – he’s prepared for anything!  We caught up with the very busy Mr. Collins who was coming off back-to-back indie film shoots.

BNH: HOWLERS (Archstone) has been described as an action-horror-western – shades of Rodriguez DUSK TO DAWN? The poster art looks like STRANGER THINGS!

CMC: “HOWLERS is most definitely an action-horror-western, and you could certainly say shades of Rodriguez, but more along the lines of those classic 80s John Carpenter films. It definitely has that retro feel to it, with plenty of camp and humor to it. We are expecting a trailer and a release date around Halloween 2018 to be announced soon, and we are currently shopping a comic book based on the adventures of my character, ‘Colt,’ the old-West gunslinger who finds himself hunting down werewolves in the modern world. HOWLERS’ writer/director Josh Ridgway and I have partnered up with a great comic book writer, David Booher, and are currently finding HOWLERS-the-comic-book a great publisher home!

Fans and anyone else curious can check our official Facebook page for updates on the film, the comic line, and more at www.Facebook.com/HowlerstheMovie.​

BNH: What can you tell us about SHOOTER (on USA network)?

CMC: “I will be appearing in the later part of season three of USA’s “Shooter”, playing a really fun flashback role. Well, ‘fun’ is relative, but it was a blast to film! Look for me on the show in August!”

BNH: And ROCK BARNES: THE EMPEROR IN YOU, what is that about?

CMC: “A hilarious indie mockumentary I starred in, released on July 3rd.  It stars the great Erik Stolhanske (‘Rabbit’ in the SUPER TROOPERS films) as a narcissistic self-help guru in a complete downward spiral. I play a member of ‘Rock Barnes’ team, until working for such an egomaniac wears thin. I’m excited for people to see Erik, best-known for his work with the Broken Lizard comedy troupe, step into the limelight and own this role – he’s fantastic and incredibly funny!”

The link to the film on iTunes.

BNH: Is there another season coming of your SCI-FI series EXTINCT?

CMC: “Not that I’m aware of. I know the show’s creators were shopping it around to other networks, but I have no updates so far. Which is tragic – we made such a great all-ages, action-adventure sci-fi series, and for such a low budget…you’d think networks would be lining up for such great content at an affordable price, especially with the incredibly loyal and committed fan base we enjoyed! But alas, EXTINCT is still homeless. Hopefully not for long!”

BNH: So, full speed ahead to finish 2018 with a bang? You seem quite busy.

CMC: “I’ll have another psychological thriller film called SISTERS IN CRIME airing this fall. I’ll also have two Christmas movies out in December, details forthcoming. MAMBA is the creation of my good friend Sonalii Castillo – it’s a super-sexy action-spy thriller that’s just cleaning up on the festival circuit right now, and for good reason – it’s fantastic! That will be available to rent/buy soon. UNCOUPLING is from my friend, writer/director Rafael Jordan, and that’s in post-production currently.”

BNH: Last Christmas, you spoke at your hometown high school in Canajoharie, NY – what was the best advice you gave to students eager to get into show business?  What advice would you give to your high school self?

CMC: “I did speak at my HS alma mater, and it was a great experience. It was mostly a rambling Q & A session, and we all had a lot of fun. Primarily, I talked about the idea of “possibilities”, as in the importance of believing in and seeing the possibilities for yourself as an individual as you go through life. In a world of mostly “no’s” – which is the world I play in a la the entertainment industry – I tried to stress the importance of keeping your eye-on-the-prize, so to speak. I also told them about the importance of kindness, the virtue you want to be remembered for. Overall, I tried to offer them things that I have learned – sometimes the hard way – over the years and wish I had been made aware of at that age.”

BNH: You’ve attracted a considerable social media following. How do you find time to respond to all those thirsty tweets?  Do you find any particular Social media channel (Facebook vs Instagram, for example) to have different kinds of fan fervor?

CMC: “Well, calling my social media following “considerable” is a tad generous, ha! But I am fortunate to have a really great fan-and-friend base across all platforms and I truly enjoy interacting with them. Whether they are into the Sony SNIPER franchise, or “Once Upon a Time” or “Extinct,” I’ve had some truly wonderful interactions with all walks of life, from all around the world who have been kind and generous enough to reach out and support me in what I love to do. I make as much time as I can to send a little love and appreciation back to those who take the time to watch my projects and comment/post on my accounts. They are all lovely!”

BNH: What movies this year impressed you?  Would you want to write/direct your own project like A QUIET PLACE a la John Krasinski?

CMC: “As a whole, I’m impressed with every movie I see. Truly. Because I know firsthand how extremely challenging it is to make one, from its conception to the financing, to the casting and principal photography, to post-production and hopefully distribution and a release date. Every film that ever comes together is, in essence, a small miracle because of all the endless variables, and I marvel at the incredible cooperation and collaboration that has to consistently happen at all levels of filmmaking to make a movie a tangible reality. So, as you can imagine, I’m not much of a critic of any film effort, because I understand that no one ever sets out to make a “bad” film, and there is an endless assault of variables, factors, and problems that enter the equation that always affect the end results. I love TV, I love movies, and I have such appreciation and respect for everyone that participates in the creation of such entertainment, so I tend to find and focus on the enjoyable aspects of everything I watch. But so far this year, I’ve really enjoyed everything from ANNIHILATION to DEADPOOL 2, AVENGERS: INFINITY WAR PT 1 to SOLO, and I also dug A QUIET PLACE, GAME NIGHT, and several others. They all offered some amazing entertainment value.

“In terms of writing and directing, I have no aggressive aspirations on that front…yet. I’m still in an ever-growing “sponge” mode, constantly learning about the filmmaking process and applying all of that information to my acting career, letting the knowledge serve me in front of the camera. But I have stepped into more producing which has been really fun and informative, and plan to get my hands dirty with a lot more of that as time goes on.” 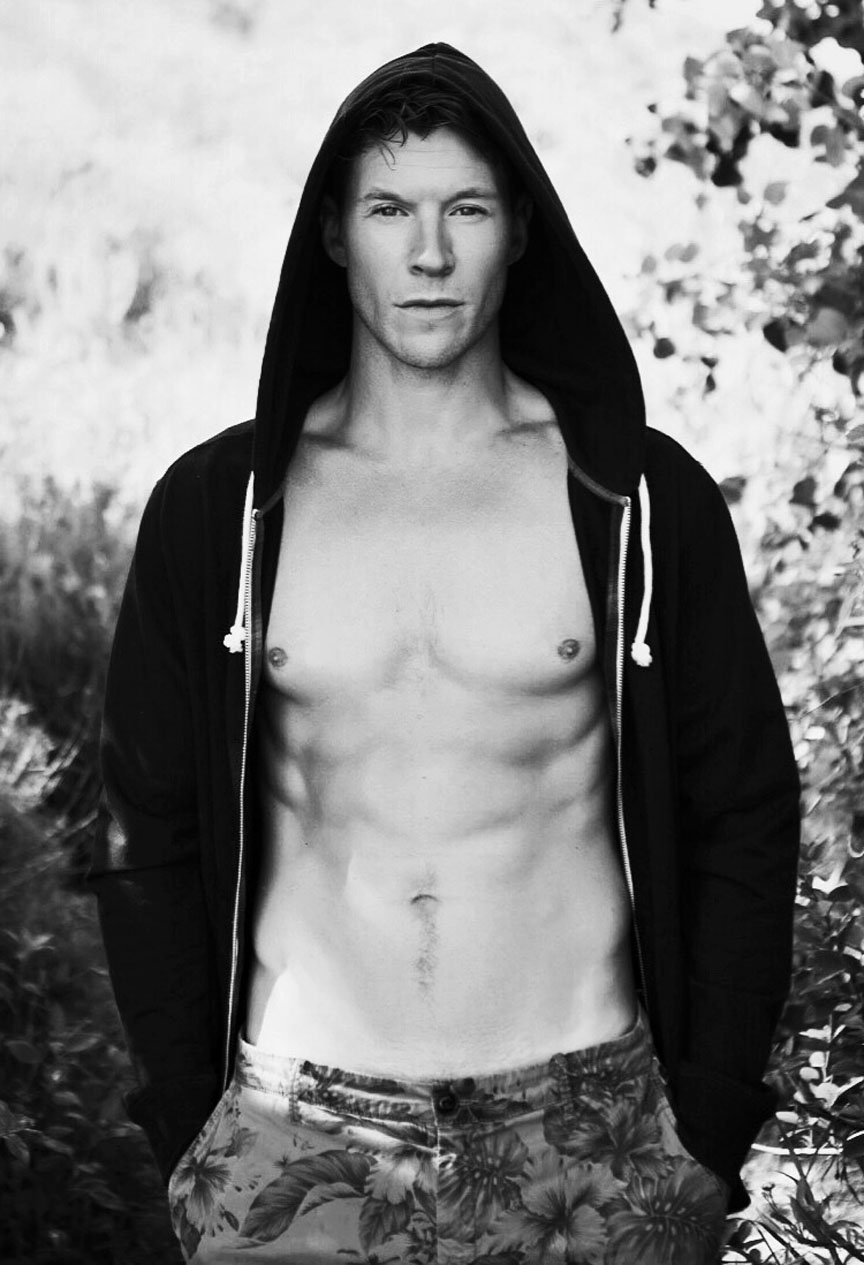 BNH: Your recent photos taken in Malibu were impressive! What kind of workout regimen are you on?

CMC: “Ah, yes, the shirtless beach photo shoot. I literally have to be dragged out to a location for that reason, but it’s a necessary evil. Maybe not that evil at all. I do try and keep in consistently good, capable shape at all times, and since I really enjoy playing on projects that have an action, stunt and physicality orientation, I think it’s important to do so. Sometimes you have to remind your connections in the industry that you are fit-to-fake-fight and ready to go at a moment’s notice because at any point in this industry you can get a call about a gig in the morning and be on a plane by that evening. So the old Boy Scout motto has always stuck with me in this regard: Be Prepared.” 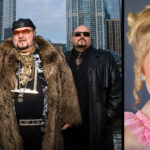 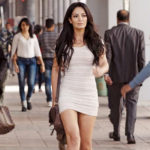