Previous Next
Tweet
Last year, Czech film, THE PAINTED BIRD shocked and repulsed audiences with its brutal betrayal of how a young Jewish boy survived WWII wandering around Europe.  While the film gathered up award after award at film festivals, it was difficult to watch, a bleak study about inhumanity.  Exploring similar ground but with a very different approach is the Polish film, WEREWOLF, that follows a group of children recently liberated from a concentration camp. Russian troops abandon the kids in a creepy old mansion in the middle of the woods. The children have no food or water, and unfortunately become surrounded by feral German shepherds which are also concentration camp survivors.

Watch the official Trailer for WEREWOLF movie, below.

The film opens with a brutal camp massacre as the Germans try to kill off the Jews before the Russians arrive. One of the children survives by entertaining the Germans, jumping up and down to their commands. It’s a lesson that will prove useful later on. Though the unfortunate title WEREWOLF might make you think you’re going to be watching a horror film, this is horror at a different level, parables and allegories which make the film more digestible and far more accessible than THE PAINTED BIRD. The dozen Polish children range in ages from 5 to 14, and they soon have to rely on their concentration camp survival skills to figure out ways to outsmart the dogs.

The young cast is very good. As the eldest boy, Nicolas Przygoda is like a gritty young Shia LaBeouf.  There’s a hint of attraction to the eldest girl, portrayed by Sonia Mietielica, but fortunately, WEREWOLF steers away from making this into a YA story.  The bespectacled Kamil Polnisiak is chilling as the psychotic boy who has no qualms about killing anyone in or outside the mansion.
WEREWOLF is a hauntingly beautifully shot film, the mansion like a rotting hulk of old Europe, the dark woods pocketed with dead bodies – clearly a nod to the Katyn massacre.  The children don’t know who they can trust – the occasional wandering Russian or German soldiers who tease them with food as a precursor to rape. But ultimately unlike THE PAINTED BIRD (or LORD OF THE FLIES), WEREWOLF has a hopeful message about unity and solidarity saving the day. Definitely, a must-watch. 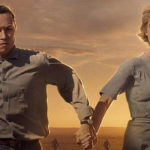 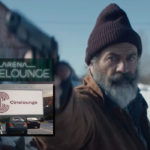