The Kickstarter page for “The Projectionist,” says it best: “a warrior reduced to a shadow.”

Because of its subject, and the story, this was not an easy one to watch, but we, the two Brave New Hollywood film-geeks picked this indie film as our weekend viewing.

The black and white photography, the gloomy music, and shady characters with an agenda are placed carefully in writer-director Ryan M. Kennedy’s slow-brew presentation of a grim, almost apocalyptic America.

In the center of it, Jacob (actor Russ Russo), is an insomniac war veteran with undiagnosed PTSD. Working the nightshift as a projectionist at a local theater, Jacob is struggling to find his place in life, as a civilian while his inner demons lead him down a road of questionable loyalties, unrealistic friendships, seduction, addiction, and violence.

It is a tale of loneliness and suppressed pain, all in the name of “fitting in” and getting on with life – a tall order when seen through the eyes of Jacob who sees a detached society, unaware of its dysfunctional habits, and the mistreatment of its members.

That emptiness, spread on the entire canvas of this film, helped us, as viewers, to participate in Jacob’s world and have a better understanding of it.

Perhaps a little slow in arriving to its conflict, and Russo’s quieter delivery of  lines, there is more than enough reason to stick with the narrative and keep watching.

“The Projectionist” is a heartbreaking, hard-hitting film that imprints on the soul. The bond between screenplay and photography successfully paint a cold, hopeless world to which the hero must adapt. Within these gray, shadowy confinements the film also showcases a heart and compassion for its subject.

A sensitive, brooding, and structured performance by actor Russ Russo makes the complexity of the tormented soldier comprehensible to everyday public.

Actress Natasha Alam also manages to display strength and honesty in her portrayal of Ivana, the call girl.

Drawing comparisons to Martin Scorsese’s “Taxi Driver” (1976) is almost unavoidable, maybe because of its subject, the geographic placement, and that indie look and appeal. It also echoes tiny bits of “The Deer Hunter” (1978). And with its own sophistication, and craft, “The Projectionist” can become a war drama, veteran-movie for today’s generation.

The film has been five years in the making, with the production financed through independent contributions by friends and family. Its post-production and distribution is now being featured as a project on Kickstarter.

More the projectionist movie reviews. We second the call by FILM THREAT wanting this film to find an audience.

CLICK HERE for info on the anatomy of the film, and to contribute, on KICKSTARTER

TRIVIA: The Projectionist was shot on the Arri Alexa. The production was one of the first non-studio feature films to ever shoot using this camera. The Arri Alexa is steadily becoming the industry standard in digital cinema. 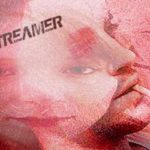