If there is one Hollywood myth that won’t die, it is that anyone with a suitcase and a dream can land on the shores of Sunset Blvd and become a star. In this comedy, Actor For Hire, we meet Jesse O’Neill (Jesse O’Neill), an aspiring actor in Los Angeles. He is a decent actor but he is bald, which he believes is a major obstacle to his success. Jesse buys a wig and promptly gets the role of a surfer on a TV pilot. Things are beginning to look up for Jesse, when he walks in on his girlfriend having sex with a man in a chicken costume. Soon after he is fired from the pilot.

But as tinsel town luck would have it, he befriends the star of the show, Joel Hogan (Joel Hogan). Hogan, an Australian hunk with a heart, is going through a very public break up, and is lonely. He takes Jesse under his wings and an unlikely friendship forms. Jesse fails to mention to his famous buddy that he’s been replaced on the T.V. pilot. Without giving too much away from the predictable plot, Jesse must figure out whom he really is in order to get what he wants.

This is an easy film to watch, who doesn’t love shots of Mulholland Drive at sunset, or poking fun at the usual cast of movie industry characters? The film drags on a bit too long, in part due to some superfluous flashback scenes. While it doesn’t have the comedic timing of L.A. Story, the depth of Tootsie, or the glitzy sets of Entourage, it certainly is entertaining. Kudos go to, Jesse O’Neil, Jandres Burgos (who plays Jesse’s roommate) and Joel Hogan for their performances. Notable side players are the foreign casting director (Iris Karina), the irresistible ladies man, (Najee De Tiege) and his wingman Greg (Greg Perrow).

Watch the Trailer for the film. 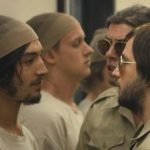 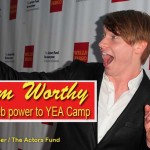