The first annual Mammoth Lakes International Festival is about to start a new tradition in film and tourism. Talk about a destination film event. A Nice drive to a gorgeous scenic place, and tons of films to see? We’re in. In fact, we will be covering this event.

Focusing on what they call the human story in films, this festival aims to present independent cinema, reinstating the position of film as art form, and committed to cultivate the imagination of young, emerging filmmakers.

“Like Sundance and Telluride, our goal is to be a world-class destination film festival known for showcasing the best of cinema and providing audiences with an unparalleled opportunity to experience cinema amidst the inspiring natural beauty of Mammoth Lakes,” said Dubrovner.

Jury Awards will be presented to narrative and documentary feature films as well as short films. An Audience Favorite Award will also be presented to feature films in both narrative and documentary categories. The Jury will be comprised of select film industry members, including Academy-Award nominated producer Andrew Lazar (American Sniper), and producer Allison Amon (The Queen of Versailles).

The Opening night film will be Steve Jobs: The Man in the Machine, directed by Alex Gibney (Going Clear, HBO).

Canadian drama, Diamond Tongues, directed by Brian Robertson, Pavan Moondi focuses on Edith Welland an actress. Who decided to take herself and her career to the next level when her ex-boyfriend becomes an actor on a whim and almost immediately starts booking a leading role.

The closing night film Cartel Land is a documentary by Matthew Heineman, described as a riveting, on-the-ground look at the journeys of two modern-day vigilante groups and their shared enemy – the murderous Mexican drug cartels.

The Mammoth Lakes Film Festival will be held in the scenic and majestic setting of Mammoth Lakes in the Eastern Sierra of California (5 hours, or 300-some miles north of Los Angeles). World-class cinema, new filmmaking talent, industry veterans, and audiences from around the world will meet to celebrate films amidst the inspiring natural beauty of Mammoth Lakes. Festival’s intent is to unlock the creative mind of the public by providing unique movie-going experiences and also support emerging filmmakers with the opportunity to be inspired by our natural environment.

CLICK HERE to watch Brave New Hollywood’s introduction and preview to the festival. 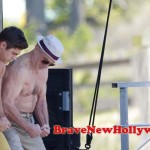 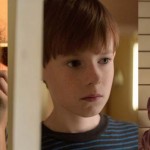