Opening this week in Los Angeles is one impressive movie marking the debut of Iranian filmmaker, Panah Panahi, and you will remember it. HIT THE ROAD is that film! It has been winning over audiences at film festivals during the pandemic and other places of exhibition. With its exceptional cast, witty, bitter-sweet, human story and structure, it is an experience you will carry with you after the screen fades to black. See the film’s trailer at the end of this article.

HIT THE ROAD (2021) follows a family of four—two middle-aged parents and their two sons, one a taciturn adult, the other an ebullient six-year-old—as they drive across the Iranian countryside. During the trip, as they bond over memories of the past, and grapple with fears of the future, they also manage to fuss over their sick dog. The tension inside the car is never unloaded or exposed to the people they encounter outside but the worry on the mother’s face played by Pantea Panahiha signals the worries of a parent who is about to accept a big loss.

Panah Panahi’s cinematic, Iranian film HIT THE ROAD must be watched on the big screen.

The comedic moments in this carefully crafted film lighten up the heartbreaking dilemma of a family facing an uncertain future and the pain of separation.

Panah Panahi, a co-writer and co-editor of his renowned father, Jafar Panahi’s acclaimed feature 3 FACES and a former assistant to another celebrated director, Abbas Kiarostami, has delivered a striking debut with charm, and style ultimately resulting in the deeply moving dramedy made in Iran.

HIT THE ROAD takes the tradition of the Iranian road-trip movie and adds unexpected twists and turns to it.

The standout of this film is without a doubt its child actor, Rayan Sarlak (playing the younger brother) who chews up the scenery during this tense cinematic journey during which nods and codes by other characters of the film are quickly exchanged to protect the child from realizing the true purpose of this road trip and what is about to unfold.

Considering the boxed, at times suffocating condition of the automobile its characters interact in, Panahi’s film pushes the passengers and the story forward in a picturesque landscape. One cannot help but grasp the value of freedom taking in the structure the filmmaker lays out – this, perhaps, is how caged animals feel.

The tension mixed with bursts of comedy, masterful acting, combined with the richness of the terrain ahead and the iconic Iranian pop songs of 1970s makes HIT THE ROAD one of the most innovative, memorable road movies in recent years.

Casting charismatic actors with chemistry while maneuvering the hijinks of a child actor (Rayan Sarlak) who steals the picture but does not hijack it is very telling of an ensemble’s teamwork and the filmmaker’s skills and sensibilities.

Distributed by Kino Lorber, HIT THE ROAD will open in Los Angeles on May 6, 2022 at Laemmle Royal.  Watch the official trailer for the film below. 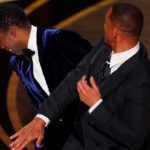 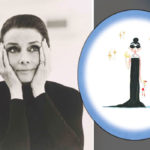