On February 26, Oscar Night, Sir Elton John and husband David Furnish (The Elton John AIDS Foundation) will host a special screening of Terry George’s new film The Promise. The history-based film focuses on a love triangle set against the backdrop of the Armenian Genocide in Turkey at the beginning of WWI. The Promise stars Oscar Issac, Christian Bale, and Charlotte Le Bon, from a script written by Terry George (Hotel Rwanda) and Robin Swicord (The Curious Case of Benjamin Buttons, Wakefield).

Scroll down to watch the official trailer for The Promise.

CLICK HERE to watch our red carpet interviews with the cast and filmmakers of The Promise at Toronto International Film Festival.

“We have only to look at the horrific HIV/AIDS outbreak that followed in the wake of the Rwandan genocide in the mid-1990’s to understand the direct connection between human rights atrocities and public health crises like the AIDS epidemic,” said EJAF founder Elton John. “Through our friendships with the Manoukian family and producer Dr. Eric Esrailian from UCLA, David and I became more personally aware of the Armenian Genocide and its timely relevance to social issues today. The film’s theme #KeepThePromise can be interpreted as keeping the promise to remember and learn from the atrocities of the past, as well as keeping the promise to end AIDS.  At EJAF, we are committed to #KeepThePromise and raise awareness about this powerful film that uses classic storytelling to inspire people to take action today.  We are honored to share the important timing of our Oscar-night event to introduce people to The Promise.”

In its support for EJAF’s mission of championing human rights, Survival Pictures, the production company behind The Promise, have made a historic commitment to match the pledges guests make via text, and during the live auction, at the EJAF party to encourage donations and help making this year’s fundraising a major success with record breaking results.

EJAF chair David Furnish reacted to this allegiance by saying: “Such giving has never happened with a film of this scale, we wanted the world to know about it, and we are incredibly grateful.” We are honored to announce this generosity, thanks to the late philanthropist and humanitarian Kirk Kerkorian, on the eve of EJAF’s 25th annual Academy Awards Viewing Party. Not only is The Promise committing to support EJAF’s work, but matching funds will be provided to inspire donors even more throughout the event and live auction.”

In addition, Survival Pictures has introduced a social-impact campaign for The Promise to help educate the world community about genocides and other mass atrocities committed in 20th and 21st centuries, focusing a discussion on the definition of genocide, and the effects of denials throughout history.  The campaign strives to help people understand and hopefully spring into action people and take part in the anti-genocide movement, led by human rights organizations like EJAF, as well as other activists and organizations dedicated to ending crimes against humanity and efforts for real justice.

As for the real events depicted in the film being presented, Dr Eric Esrailian, who served as a producer on The Promise expressed: “The Armenian Genocide must, of course, never be forgotten and should be recognized, but our current headlines show that the same patterns of human rights violations are being replicated in too many parts of the world today. We are honored to have the support of Elton, David, and the entire EJAF family, and by joining forces, we can help the people in the world who need assistance right now.”

The Promise focuses on a love triangle, romance story in 1914 Turkey and the beginning days of WWII during which the horrors of the Armenian Genocide were planned and executed. As the Ottoman Empire is crumbling, Constantinople, a lively, open city of multi-cultured residents and travelers becomes the center of mayhem. Michael Boghosian (played by actor Oscar Isaac), arrives to the city as a medical student in hopes of taking the latest medicine back to his small village town of Siroun, in Southern Turkey where until then, Turkish Muslims and Armenian Christians have lived side by side for centuries. An American photo-journalist Chris Myers (Christian Bale), who is on an assignment to capture the geo-political aspects of the region finds himself falling for Ana (Charlotte Le Bon), an Armenian artist he has accompanied from Paris. But when Michael meets Ana, their shared Armenian heritage evokes a rare, strong romance, starting a rivalry between the two men fighting for her affection.

The romance unfolds as the Turks with help from Germany start violent acts of eradication towards ethnic minorities. The two men must unite, and put their competition aside, in order to survive the atrocities threatening the people around them and to live to tell this story.

Distributed by Open Road Films, The Promise arrives in theaters on April 21, 2017.

Watch the film’s official trailer below. 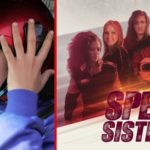 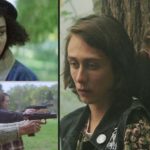