Recently DC Films, a subsidiary of Warner Bros, announced that there will be three BATMAN movies coming out in 2022, with three different actors in the starring role: Ben Affleck, Robert Pattinson, and Michael Keaton.

Young Hollywood’s hottest star, Timothee Chalamet, is being eyed for the title role in BATMAN BEYOND.

Keaton was one of the first to play a movie BATMAN, starring in the hit movies directed by Tim Burton back in 1989. Rumor has it that Keaton’s BATMAN BEYOND flick will co-star Young Hollywood’s hottest star, Timothee Chalamet, as Terry McGinnis, a young man who eventually takes on the Batman cowl. This project puts Keaton as the prime Batman in the DC Extended Universe (DCEU).

Pattinson’s much anticipated THE BATMAN is directed by Matt Reeves who is best known for CLOVERFIELD and his PLANET OF THE APES reboot movies (coincidentally following in the footsteps of Tim Burton, who also directed an APES reboot in 2001).

And Ben Affleck is the current Batman in the “Snyder universe” of DC heroes. Affleck played Batman in Snyder’s BATMAN v SUPERMAN, SUICIDE SQUAD, the JUSTICE LEAGUE, and he will be Batman in the upcoming movie, THE FLASH.
Each of these Batmen exist in their own universe. Got that? Comic-book readers are more familiar with the concept of “multiverses” or dimensions – we got a small taste in JUSTICE LEAGUE (with Ezra Miller as the movie Flash, Grant Gustin as the TV series Flash), but this is the first time Batman will be portrayed by three actors, all from one studio, all in one year.
(Missing from this Batman line-up is Christian Bale who has said that he has no interest in revisiting the role after he completed the Christopher Nolan trilogy. Bale has bailed on DC and will play a villain in Marvel’s next Thor movie.)

It will be interesting to see how these three movies fare at the box office (or however we will be seeing movies in 2022). The three actors will be playing a Batman at three different ages (Pattinson is 34, Affleck is 48, and Keaton is 69) and three different styles.

The challenge with DC is that they’ve never been as organized as the Marvel Universe which boldly presented a map of their movie timeline decades in advance. Whether or not you’re a fan of the Marvel Cinematic Universe, they do have vision.
You get the feeling that DC wings it, adjusting accordingly depending on box office or external pressure. (How many movie versions of Superman have they made?) On the TV side, DC has been much more successful and consistent with hit shows like THE FLASH and SMALLVILLE. Now DC is building bridges across their universes – Ezra Miller has cameoed in the TV series Flash as a Flash from another dimension. Tom Welling has also cameoed as Clark Kent in CRISIS ON INFINITE EARTH as well as BATWOMAN.

On the movie side of the house, DC is split by director fiefdoms. Snyder, of course, dominates as the director of many expensive DC hits and misses (MAN OF STEEL, SUCKER PUNCH, WATCHMEN). The look and feel of Snyder’s FX-heavy DC universe impacts all the other filmmakers.

Patty Jenkins has the success of the WONDER WOMAN franchise – WONDER WOMAN 84 was a top draw for new HBO Max subscribers (just a reminder that HBO is a subsidiary of Warner Bros.)  James Wan hit gold with AQUAMAN and will be helming the sequel. And David F. Sandberg’s surprise hit, SHAZAM!, elevated a minor character into probable franchise territory. We have yet to see how director Andy Muschietti (IT, MAMA) will handle THE FLASH, especially when rumors still persist that Ezra Miller might lose the role because of his “choking a fan” scandal.
When Zack Snyder exited JUSTICE LEAGUE mid-project after his daughter passed away, DC turned to director Joss Whedon to finish the film. A lot was riding on JUSTICE LEAGUE, rumored to be the most expensive movie ever made with a budget of $300 million. This movie had to be a hit because it featured DC’s top trinity of heroes – Superman, Batman, and Wonder Woman. But the results were mixed as DC fans who loved Snyder’s dark, operatic vision were unhappy with Whedon trying to inject his kind of humor. With bad reviews and poor word of mouth, JUSTICE LEAGUE bombed, making only $229 million in the U.S.
But surprise! Snyder leaked word that he had an almost finished version of the film, so the fans lobbied, the WB listened, and we’ll soon have the Snyder cut of JUSTICE LEAGUE coming out as a 4-part mini-series in March on HBO Max. Don’t expect to see Whedon helm any future DC projects, especially as a number of JUSTICE LEAGUE actors have come forward, claiming he was abusive on set.
Batman is Warner Bros’ best performing franchise – how many times have you seen someone wearing a Batman tee? So 2022 might be the year to see Batman culture blossom anew. It won’t matter how old you are – DC will have a Batman for you!  And if the WB can make a deal, they’ll have Chalamet for a future Batman! But maybe movie audiences will be over-saturated with Batman and other superhero movies and save their movie dollars for Pattinson as the newbie to watch. If COVID is still around in 2022, then expect movie theaters to suffer still, so stay at home and subscribe to HBO Max to watch all three for one monthly subscription rate because that’s probably what the WB wants you to do! 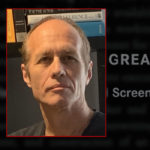