Based on Strayed’s best-selling memoir, the film will focus on this journey of self-discovery thru the Pacific Crest Trail, after catastrophic circumstances.

Featured in the trailer is Beck’s 2014 song “Turn Away” (from his 12th latest album Morning Phase). 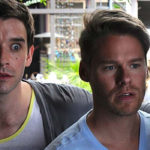