We Kill Death, the first feature film produced by Hardcore Henry producers, to be made specifically for 4DX and ScreenX cinema technology formats.

Hardcore Henry Executive Producer Alex A. Ginzburg and Tony Lee of Let It Play along with Hardcore Henry producer Inga Vainshtein Smith today announced a partnership with 4DX and ScreenX that will make their recently announced film We Kill Death the first feature film produced specifically for each of the two immersive cinema technology formats. We Kill Death focuses on YouTube stars Mustang Wanted, Oleg Cricket and the duo of Vitaliy Raskalov & Vadim Makhorov, who are familiar to millions of viewers around the world for their imaginative and death-defying stunts and adventures.

ScreenX is a theatre technology, which features a multi-projection solution, which incorporates multiple projectors using the screen in the front and the two walls of the auditorium to create a 270-degree viewing experience. 4DX is an immersive experience that has revolutionized audience involvement by providing three-axis seat movement, as well as other sensory experiences such as rain, wind and scent. We Kill Death will be the first time a feature film has been created with either of these technologies in mind.

4DX and ScreenX take the amazing and vast appeal these daredevils have achieved on social media and amplify its intensity, power and visual impact for the cinematic audience. The potential for 4DX and ScreenX in a film like We Kill Death is manifest, Ginzburg says. ““People report intense physical and emotional reactions just from watching these stunts on phones and computers. In 4DX and ScreenX theatres, audiences will be able to feel as if they are alongside the daredevils on screen. We believe that this film will deliver the single most visceral cinematic experience unlike any other.”

“This type of creative partnership is the direction ScreenX and 4DX is headed, “said Byung-hwan Choi, CEO of CJ 4DPLEX. “The possibilities that film makers will have when making a film with 4DX and ScreenX in mind are only limited by imagination and I know that Alex and Tony have the perfect film with, We Kill Death to show the world what is possible in the future of cinema.”

The producers launched We Kill Death with “a live stunt unlike any other in the history of the Festival,” as three of the free climbing roof toppers–Mustang Wanted Vadim Makhorov and Vitaliy Raskalov–climbed a construction crane atop a 60-story building in downtown Toronto. Producers Alex Ginzburg and Tony Lee, as well as invited guests and media marveled from the roof of Thompson Toronto a kilometer away as the three death-defying daredevils made their way onto the construction site and to the very top of the crane, at times dangling by their hands and feet several hundred meters from the ground. The group sent a live feed of their aerial feat to the astonished throng assembled on the roof of the nearby hotel. The group joined the party following their descent from the tower.

About ScreenX
ScreenX Films brings a new level of immersion and storytelling to movie audiences. A film is no longer limited to the main screen and breaks free from the confines of a traditional theater. By utilizing the side walls of the theater and transforming them into an extension of the main screen, the story is conveyed even more convincingly, the characters are realized on an even deeper level, and the audiences are left breathless.

ScreenX Films evolves the movie-going experience to the next level and provides a limitless way to creatively tell a story while leaving a lasting impression for the movie audience.

About 4DX
Advancing the movie theater experience from watching the movie to almost living it, 4DX is the ultimate in state-of-the-art technology delivering a fully immersive cinematic experience. Inside every dedicated 4DX auditorium, motion chairs and environmental effects such as wind, bubbles, and scent work in perfect synchronicity with the action on screen. With only the best technologies, 4DX motion chairs are equipped with three base movements of heave (move up and down), pitch (move left and right), and roll (tilt backward and forward) heave (move up and down), roll (move left and right) and pitch (tilt backward and forward) which can create an endless expanse of possible combinations to mimic such actions as flying and driving. The skilled team of 4DX editors, “i-Studio”, are experts in maximizing the feeling of immersion within every movie without overstepping comfort bounds.

Take a look at a behind-the-scenes video of the stunt performed during the Toronto International Film Festival 2016. 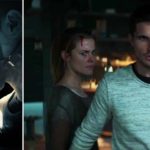 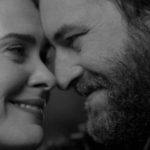