NewFest, one of the world’s most respected LGBTQ film festivals, and with a refreshing line up of films has announced the winners of its 31st edition which took place in New York from October 23 to 29, 2019. Top honors went to Jayro Bustamante for TEMBLORES (Grand Jury Prize, Narrative Feature) and Theodore Collatos and Carolina Monnerat for QUEEN OF LAPA (Grand Jury Prize, Documentary Feature), while Levan Akin’s AND THEN WE DANCED and Cody Stickels’ A NIGHT AT SWITCH N’ PLAY picked up the top Audience Awards for narrative and documentary features respectively. The announcement was made on Tuesday, October 29, 2019, by NewFest Executive Director David Hatkoff and Director Of Programming Nick McCarthy.

The festival, which ended on Wednesday, October 3oth with the New York premiere of Rodrigo Bellott’s award-winning film and Bolivia’s selection for Best International Feature Film at the 2019 Academy Awards, TU ME MANQUES, featured more than 160 films from 32 countries during its 7-day festivities.

NewFest 2019 Winners: Levan Akin’s AND THEN WE DANCED, and Cody Stickels’ A NIGHT AT SWITCH N’ PLAY picked up the top Audience Awards for narrative and documentary features respectively as TEMBLORES won the Grand Jury Prize in Narrative Feature.

Other festival highlights included the New York premiere of Mike Doyle’s romantic ensemble SELL BY, the New York premiere centerpiece screenings of TO THE STARS, DRAG KIDS, AND THEN WE DANCED, and CUBBY, a Spotlight screening of THE TRUE ADVENTURES OF WOLFBOY and World Premieres for ALL WE’VE GOT, SIBERIA AND HIM and MUSIC FOR BLEEDING HEARTS.

This year at NewFest: The New York premiere of Mike Doyle’s romantic ensemble SELL BY.

Click here to watch our interviews with the stars of SELL BY film and filmmaker Mike Doyle at OUTFEST 2019 in Los Angeles.

Through an inclusive and endearing collection of short films, this program is exclusively offered to high school students and provides access and empowerment for LGBTQ+ youth to see themselves on screen while promoting media literacy and encouraging self-expression. These celebrated shorts from the film festival circuit capture a variety of topics that cut across the teen experience, including family dynamics, bullying, first dates, gender and identity. 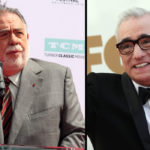 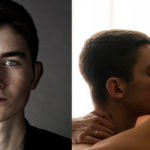