It’s Hollywood’s polite way of telling an actor to take a hike, and Marvel did just that, by announcing that the next time Hulk turns back into Bruce Banner, for the upcoming super hero team-up, “The Avengers“, it wont be the shirtless Edward Norton in some ripped jeans reprising the role. Oh, No!

In a report by Hitfix.com  Marvel Studios explain:  “We have made the decision to not bring Ed Norton back to portray the title role of Bruce Banner in the Avengers,” a spokesperson at Marvel Studios told Hit Flix. “Our decision is definitely not one based on monetary factors, but instead rooted in the need for an actor who embodies the creativity and collaborative spirit of our other talented cast members.  –

“The Avengers demands players who thrive working as part of an ensemble, as evidenced by Robert, Chris H, Chris E, Sam, Scarlett, and all of our talented casts. We are looking to announce a name actor who fulfills these requirements, and is passionate about the iconic role in the coming weeks.”

Oh; so what are you saying, that Eddie Norton is not passionate and wants the spotlight all to himself?  Hard to believe.

It’s been said that the actor demonstrated Hulk-like temper as him and studio bigwigs bud heads over the film’s running time, while the film’s director Louis Leterrier was caught in the crossfire.

Since Eric Banna in Ang Lee’s 2003 version “Hulk” and after Norton, this will be the 3rd  time an actor is picked to play the mild mannered Bruce Banner.

Slated to hit theaters in 2012, “The Avengers” is expected to be the mother of all franchise get togethers, bringing the studio’s superheroes in a hulk-size manner, with an all-star cast.  Leading the super team are Iron Man (Robert Downey Jr.), Captain America (newly signed Chris Evans), Thor (Chris Hemsworth), Nick Fury (Samuel L. Jackson) and The Black Widow (Scarlett Johansson).

We didn’t expect team Edward to take this sitting down. So, Edward Norton’s agent Brian Swardstrom at WME has issued a statement to HitFix in which he responds with the following:

“This offensive statement from Kevin Feige at Marvel is a purposefully misleading, inappropriate attempt to paint our client in a negative light.  Here are the facts:  two months ago, Kevin called me and said he wanted Edward to reprise the role of Bruce Banner in The Avengers.  He told me it would be his fantasy to bring Edward on stage with the rest of the cast at ComiCon and make it the event of the convention.  When I said that Edward was definitely open to this idea, Kevin was very excited and we agreed that Edward should meet with Joss Whedon to discuss the project.  Edward and Joss had a very good meeting (confirmed by Feige to me) at which Edward said he was enthusiastic at the prospect of being a part of the ensemble cast.  Marvel subsequently made him a financial offer to be in the film and both sides started negotiating in good faith.  This past Wednesday, after several weeks of civil, uncontentious discussions, but before we had come to terms on a deal, a representative from Marvel called to say they had decided to go in another direction with the part.  This seemed to us to be a financial decision but, whatever the case, it is completely their prerogative, and we accepted their decision with no hard feelings. We know a lot of fans have voiced their public disappointment with this result, but this is no excuse for Feige’s mean spirited, accusatory comments.  Counter to what Kevin implies here, Edward was looking forward to the opportunity to work with Joss and the other actors in the Avengers cast, many of whom are personal friends of his.  Feige’s statement is unprofessional, disingenuous and clearly defamatory.  Mr. Norton talent, tireless work ethic and professional integrity deserve more respect, and so do Marvel’s fans. 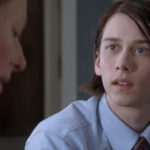