This month, we caught up with the documentary films we needed to see, and discovered the poignant medical documentary Making Rounds (2015). It is a necessary conversation-piece of a film, on the topic of health care, and more importantly patient care. This film is the right step towards restoring the dignity of modern medical practice in the United States, and the respect patients deserve.

Following veteran cardiologists Valentin Fuster, MD, PhD, Director of Mount Sinai Heart and Herschel Sklaroff, MD, Clinical Professor of Medicine, Cardiology at Mount Sinai, a film crew a documents their approach to treating patients, and what can be an important part in solving the healthcare crisis in the United States.

In general terms, “rounds” is referred to doctors visiting patients at bedside, with or without a team, like med students, residents, fellow medical practitioners. The process can begin or end in a conference room.

The documentary Making Rounds is a must-see film by a great filmmaker with fascinating, genuine subjects

The doctors in this film stress the importance of communicating with their patients. Filmmaker Muffie Meyer (Grey Gardens, 1975) captures them in action as they walk room by room, in the hospital’s Cardiac Care Unit, accompanied by young medical students and other staff members.

The subjects criticize the practice of today’s doctors who don’t spend the necessary time to interact with patients, which can be a more effective move in the direction of healing the sick than typing away on computers and gadgets.

Dr. Fuster, the hospital’s Physician-in-Chief, walks the talk. As Dr. Sklaroff engages seriously ill patients, who were victims of misdiagnosis in their pasts, one can’t help but be moved and ultimately be hopeful based on the daily efforts of these doctors to set the course of medical practice back onto the right path.

See the film on DVD. 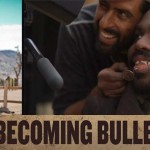 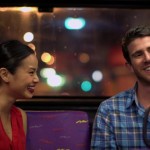