Previous Next
Tweet
Like an extended episode of THE TWILIGHT ZONE or BLACK MIRROR, LX 2048 is a quirky science-fiction drama, a what-if in a near-possible or near-likely Dystopian future where the sun’s rays are so dangerous that humans stay home and keep covered up.  There’s a timely coincidental reminder of our current pandemic as the world of LX 2048 pretty much forces everyone to be ‘work from home.’ In this Los Angeles of the near future, the streets are empty, the offices are empty.
Watch the official trailer for LX 2048 at the bottom of this post.
British actor, James D’Arcy (DUNKIRK) stars as Adam Bird, a man who discovers he has a terminal illness and therefore struggles to settle his affairs to look after the financial well-being of his divorced wife (Anna Brewster) and three kids.  The first half of LX 2048  (the title is the name of an anti-depressant the entire population is on) accomplishes a lot of world-building. There are clones who are safe from the sun’s now deadly rays, custom created to be better than the original human.  And insurance companies sell unique policies where – in the event of an accident – you can be replaced with a clone to look after your family.  This replacement clone, of course, is custom-designed by your spouse so any physical or personality feature can be edited or enhanced.
Adam is a throwback to simpler times, a man eager for human touch.  But the world of LX 2048 doesn’t suit him. His wife won’t have sex with him, so he has a virtual avatar for sex (he doesn’t consider this to be unfaithful). His children play in a virtual world called “The Realm” and rarely emerge.  Even his job doesn’t really suit him. He drives into work in a convertible – of course, dressed in a hazmat suit.  At the office, he sits in an empty boardroom while everyone else dials in virtually.
The second half of LX 2048 shifts gears as Adam deals with clones and identity. With his terminal illness, he knows he will eventually be replaced by a clone. LX 2048 is always fascinating thanks to a strong cast and strong performances that fluidly shift just as realities shift. D’Arcy deftly portrays Adam as a man whose mind is unraveling – is it paranoia or withdrawal? The running joke in the movie is that he’s not taking his meds. His wife Reena (Brewster of STAR WARS: THE FORCE AWAKENS fame) is icy and uninterested in reconciliation or her ex-husband’s fate. And his sex avatar, Maria (a witty Gabrielle Cassi), is a surprisingly philosophical character who ponders her own reality and the meaning of “love”
There’s a lot of dark humor as writer/director Guy Moshe explores this alternate Los Angeles with relish.  But like BLACK MIRROR, Moshe asks big questions about reality and ethics.  LX 2048 ends with a nudge and a wink at the horrors and possibilities of gene-editing a clone to replace family members with traits that might not be to your liking.  Be careful what you wish for.
LX 2048 is playing virtually in Cinemas and it is available on VOD. 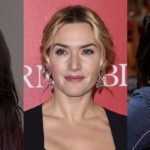 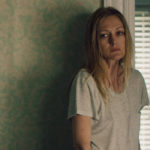