The Internet reaction was swift.  “America lost its first cyber war.”  When Sony decided not to release THE INTERVIEW, its comedy about a CIA assassination of North Korea leader Kim Jong-Un, Hollywood was outraged over artistic and censorship principles. Sony’s decision came after a series of embarrassing cyber hacks leaked emails, financial data, and actor contracts.

The war was long time coming.  Ever since THE INTERVIEW was announced, North Korea bristled at the perceived insult. Starring Seth Rogen and James Franco, and written and directed by Rogen, THE INTERVIEW was beginning to receive mixed reviews (54 Metascore).  Compounded by being produced by a Japanese company, sony, and you had a situation that was increasingly belligerent.  The hackers – calling themselves the Guardians of Peace – blatantly threatened a 9/11-type attack on any theater that chose to screen THE INTERVIEW.  With that threat, Sony buckled.

So who runs Hollywood now? If any country with cyber hacking skills decides to complain about a movie, will the studio surrender?  North Koreans have already been portrayed as villains in movies – OLYMPUS HAS FALLEN, DIE ANOTHER DAY, RED DAWN to name a few. But it seems that North Korea took particular offense at THE INTERVIEW’s direct attack on their beloved leader.  And rather than lose money, New Regency Pictures already announced they were cancelling a North Korean movie project starring Steve Carell.

Compare this to the nation of Kazakhstan’s complaints about the movie BORAT – lucky for Sacha Baron Cohen that Kazakhstan doesn’t have any hacking skills!

As many celebrities tweeted angrily, Sony’s reaction, though corporately-responsible, sets a dangerous precedent.  Sony is losing production and promotion money on THE INTERVIEW. But what would the company do if people were killed at a theater? And as of today, Sony has not even committed to releasing the movie via VoD or video.

No doubt, screenwriters are no longer setting any movies in North Korea.

Harrison Cheung is the award-winning author of the Christian Bale biography, THE INSIDE STORY OF THE DARKEST BATMAN. Learn more at: bale-biography.com 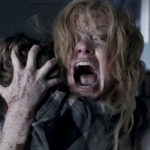