This month a new, provocative LGBTQ-themed film shines a light on the turbulent lives of the homeless gay teenagers on America’s streets. In the past, these young men and women were bundled up under “runaways,” but there has always been more to their stories than it meets the eyes. They carry a deep pain, suffer from unresolved emotional trauma, and face unique types of dangers (assault, rape, hate crime, severe addictions). This demographic does not easily fit as a check mark in a simplified box by pencil pushers at the local government or the Census bureau.

Actor, social media star, and now filmmaker, Max Emerson makes his feature film directorial debut with Hooked, the story of a gay, homeless hustler, Jack (actor Conor Donnally) running wild and aimlessly in the streets of New York city, with his boyfriend Tom (actor Sean Ormond). Armed with sarcasm and wiseass remarks as his protective shield, his impulsive behavior does not seem to work on an older closeted man, Ken (actor Terrance Murphy) who hires Jack for a weekend of companionship. All the attention and the desperation of doing things right, for once in his life, lead to tighter corners and fewer options jack needs to exit.

Hooked is an indie Pretty Woman meets My Own Private Idaho, and Emerson, the film’s director may or may not agree with this simplification. He gets praise for picking the subject and bringing it to the masses using the power of film.  After all, artists who are self-conscious and overly worried about comparisons and criticism will never make a film or take steps to express themselves. Like most beginning filmmakers, Emerson gets our time and attention for entering the cinematic arena. But let us pick this film apart, a little, and then build it back up.

Filmmaker Max Emerson tackles the story of the LGBTQ youth on the street of America with indie drama Hooked.

The weakness of Hooked is in its primitive script, and the uneven performances by various actors cast to play parts they simply cannot carry. The dialogue gets expositional in order to jump hurdles into the conflict waiting on the corner or to push the story along. Conor Donnally is the promising talent of this film with his own brand of charm and effort to embody the character he portrays. His go-to flash of a smile and energy serves the role correctly and he is the actor who seems to play along and bend a bit to accommodate his scene partners.

Emerson knows what he wants, and is genuine in wanting to leave a mark on our hearts and minds, but it becomes a very difficult task with the above explained shortcomings.

As an indie film, crowdfunded by fans and friends Hooked still manages to be a conversation piece on a topic worth discussing. At Brave New Hollywood we want to focus on encouraging emerging filmmakers and recognize the projects they put their heart and soul into, and for the few things this film might lack, it makes up in other aspects of its production. Shot beautifully, by Olivier Lessard, giving it the colorful and boxed-in world of Jack vs the open and vast world Ken imagines Jack to live in (luxury condos, ocean view, and expensive menswear).  Its run-and-gun photography is exciting and easy on the eyes.  Some of the reactions by real New Yorkers (we assume they are non-actors) uniquely help the real dilemma of its lead characters. The scenes shot on the streets of Manhattan, do not end up as some chaotic mess just because the filmmaker wanted to have New York as its backdrop. In fact, they are one of the best things about the film.

It’s during the viewing of this very film when some of us learn that the LGBTQ youth are 8 times more likely to be homeless, and end up in serious drug addictions, and more.

Hooked is amusing, peppered with fresh-faced talent, and an impression that will be open to interpretation by the viewer.  Not gone unnoticed, the amount of skin which are a natural part of this film but not blatantly thrown in as gay-film tchotchkes. Hooked is also unique in its marketing and genuine in its intentions. The filmmakers announced that a percentage of the film’s revenue will be donated to non-profits and partnering organizations to support the homeless LGBTQ youth demographic. Partner organizations include the Ali Forney Center, the Los Angeles LGBT Center, Albert Kennedy Trust (UK), Lost and Found, and GLAAD.

For tackling the story it did, Hooked caught our attention. For telling a story about a real, existing human condition and the urgency of its subjects Hooked is a films with a message, and worth viewing. We invite you to watch it and see how you feel about its story and the way it unfolds. 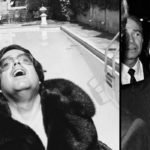 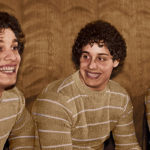