Previous Next
Tweet
Writer/Director Nicholas Stoller’s BROS will make its world premiere at this September’s Toronto International Film Festival (TIFF).
From the comic mind of Billy Eichner (Billy on the Street, 2019’s The Lion King, Difficult People, and Impeachment: American Crime Story) and the hitmaking team of filmmakers Nicholas Stoller (Forgetting Sarah Marshall, Get Him to the Greek and the Neighbors films) and Judd Apatow (The King of Staten Island, Trainwreck, and The Big Sick), comes BROS, a gay romantic comedy about how hard it is to find another tolerable human being to go through life with.
Starring Billy Eichner, the first openly gay man to co-write and star in his own major studio film, BROS features an entirely 2SLGBTQIA+ principal cast, including Luke Macfarlane (Killjoys), Amanda Bearse (Married…with Children), Guy Branum (The Other Two), Guillermo Díaz (Scandal), Dot-Marie Jones (Glee), Miss Lawrence (The United States vs. Billie Holiday), Eve Lindley (Dispatches from Elsewhere), Ts Madison (The Ts Madison Experience), Jim Rash (The Way Way Back) and Monica Raymund (Chicago Fire).
BROS releases theatrically on September 30.
Watch the official trailer for BROS below. 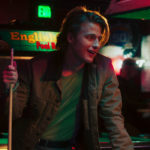 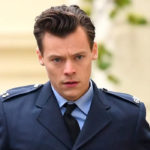